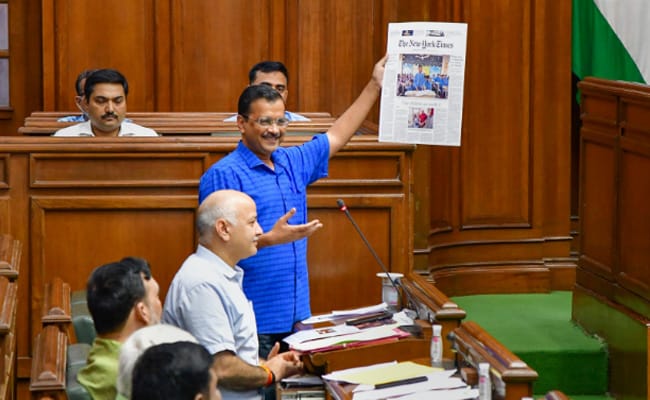 AAP has 62 MLAs in the 70-member Delhi assembly.

New Delhi:
Delhi Chief Minister Arvind Kejriwal will table a motion of confidence in the house today amid claims that the BJP was trying to topple the Aam Aadmi Party (AAP) government in the national capital.