Asia Cup 2022: Suryakumar Yadav said that he tries to stay in his zone and play his game amid the rising expectations from outside for the clash against arch-rivals Pakistan in the Super 4 match on Sunday. 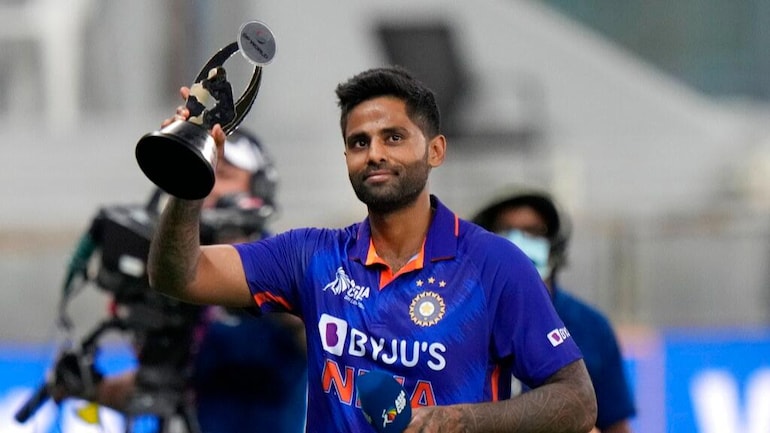 India batter Suryakumar Yadav said that he tries to stay in his zone and play his game amid the rising expectations from outside for the clash against arch-rivals Pakistan in the Asia Cup Super 4 match on Sunday, September 4.

Suryakumar stressed that when he or anyone from team India steps on the ground, it feels like “just another game”.

“Obviously, when I was growing up, there have been lots of talks regarding the India-Pakistan game and people say it’s the greatest rivalry, but when I or anyone go on the ground, it’s like we are playing just another game,” Suryakumar said while speaking on Star Sports show ‘Follow the Blues’ ahead of the highly anticipated India vs Pakistan match.

“When we enter the field, all our preparations, all our routines, what we have been doing for any other game, it just reflects on the ground. So, when I go on the ground, it’s all the same. I don’t think what rivalry has been happening and what the expectations from outside etc. are. So, I just try to stay in my zone and play the game.”

Suryakumar’s blitz lifted India to an imposing 192/2 against Hong Kong after he smashed an unbeaten 68 off just 26 balls at the strike rate of 261.53. His knock blew away Virat Kohli (59 not out off 44 balls), standing at the other end, as the former India captain in a BCCI video said Suryakumar played an “outstanding knock” that he “enjoyed thoroughly from the other end”.

“I’ve seen so many innings when we play in the IPL [against each other], or that being done to other teams, but this was my first experience of watching very closely. I was completely blown away. I honestly believe that the way you played today, if you can stay in that zone, you can literally change the complexion of the game against any team in the world,” Kohli told Suryakumar.