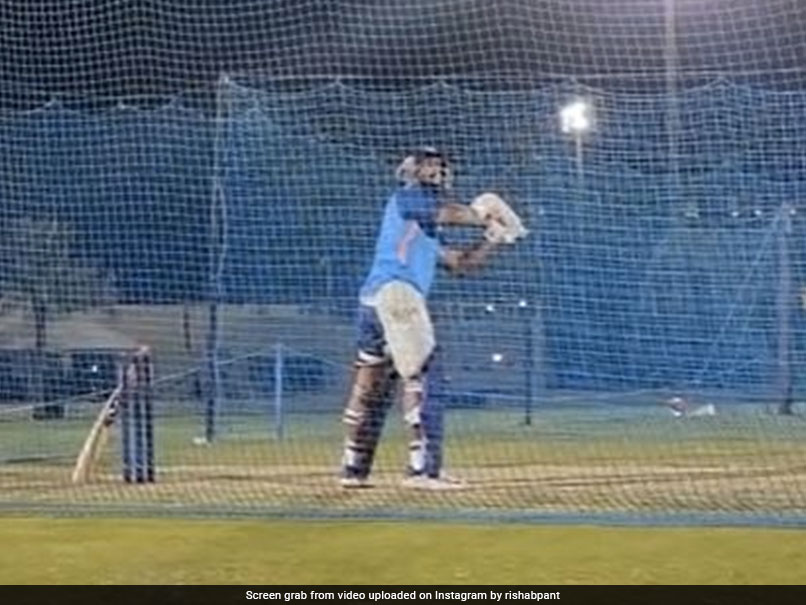 As India gear up for their opening Asia Cup encounter on Sunday against arch-rivals Pakistan, Rishabh Pant has been working on his power-hitting. Pant, despite his modest returns in T20Is for India, is considered an X-factor player who can take the match away from the opposition with his destructive batting. The southpaw on Saturday took to Instagram to share snippets of what he has been up to in the nets ahead of India’s big game, and most of it involves sending the ball into orbit.

“Good day at the office,” Pant captioned the post, while cheekily adding “better video quality” with some grinning emojis.

In the video, Pant can be seen playing a variety of shots, including a one-handed hit which is renowned for.

Pant showed good footwork, dancing down the pitch to some deliveries, while also getting down on one knee to use the slog sweep on a few occasions.

While his numbers for India are not as good as he would like, Pant has a dangerous reputation in the IPL, and has got a lot of backing from the team management to carry on those performances into the international stage.

In recent times, Pant has even been tried as an opener, apart from his usual role of being a middle-order dasher.

“Deepti Was Never Thinking About Bowling That Ball”: Anderson On Charlie Dean’s Run-Out