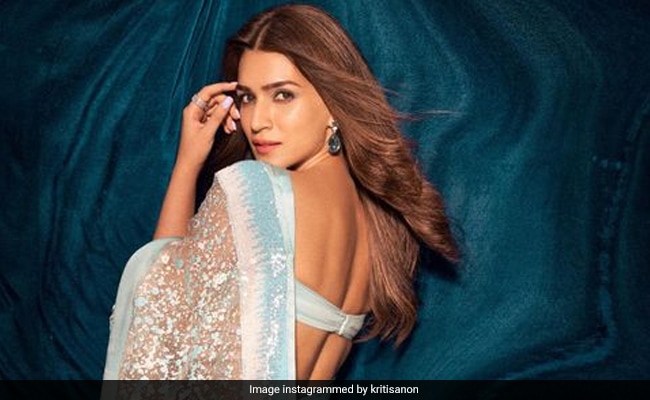 Aditya Roy Kapur hasn’t made it to this season of Koffee With Karan 7 yet but discussions about the actor always manage to find a spot on the ‘Koffee’ couch. In the new episode of Koffee With Karan 7, Heropanti stars Kriti Sanon and Tiger Shroff were the new guests. The Mimi actress, during the course of the show, was asked by KJo, “Kriti you have been single for a while now, Is there anybody? There were rumours, I mean it came from…Somewhere in my party that Oh Kriti Sanon and Aditya Roy Kapur look so good together. We caught the canoodling in a corner, as in chatting.” Kriti’s reply was this, “We do look good together but you know me, I don’t canoodle in a corner but yes, we were talking and he is a fun guy to be around. There’s not been anything else.”

It wasn’t the only time that the topic of Aditya Roy Kapur came up on the show. During the Rapid Fire round, when Kriti was asked, “One reason you would date Aditya Roy Kapur,” she said, “Because this whole Koffee couch wants me to date him. That’s the reason I would date him and he’s very hot.” When asked, the reason she would not date the Aashiqui 2 actor, Kriti said, “One reason I wouldn’t date Adi…I think our music sense will not match. I don’t think he’d like Punjabi songs at all.” When Karan Johar asked Kriti: “And that would not work for you?” She added, “So he needs to update his playlist then.”