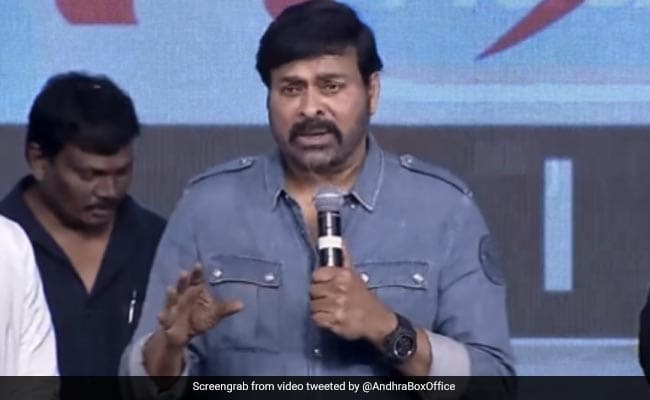 Chiranjeevi recently opened up about Acharaya’s failure at the box office. The megastar had recently attended the pre-release event of the Telugu film First Day First Show. The film, directed by Vamsidhar Goud and Lakshminarayana Puttamchetty, stars Srikanth Reddy, and Sanchita Basu among others. Chiranjeevi attended the event as its chief guest. Speaking at the event, Chiranjeevi said that small films shouldn’t fear audiences not showing up in theaters. He said “After the pandemic, there’s this constant worry that people coming to theatres has come down. But this doesn’t mean they don’t want to come to theatres altogether. If the content is good, they will! Bimbisara, Sita Ramam and Kartikeya 2 are the best examples. If we don’t concentrate on the script and good content, the audience will reject the films.”

Speaking about his recent film Acharya, also starring Ram Charan and Pooja Hegde in the lead roles, Chiranjeevi said, “The philosophy of cinema has changed. The bad films get rejected on the second day of their release. I am one of the victims of this trend (referring to Acharya’s failure)”

#Chiranjeevi : “Even My Film was rejected from the 2nd day recently!, Content should excite the audience, that is is the Key. That’s why #Bimbisara#SitaRamam & #Karthikeya2 worked.” pic.twitter.com/BanJyX38GO

Chiranjeevi played the titular character in Koratala Siva’s film. Acharya opened to negative reviews from critics. The film’s story is about a Naxalite-turned-social reformer.

On the work front, Chiranjeevi is waiting for the release of his film Godfather in October, also starring Salman Khan and Nayanthara among others. Godfather, directed by Mohan Raj, is the official remake of the 2019 Malayalam film Lucifer, starring Mohanlal.