Canadian Prime Minister Justin Trudeau has condemned the gruesome stabbings in Saskatchewan and described the incident as “horrific and heartbreaking”. At least 10 people were killed and 15 others injured in a series of knife attacks in the Canadian province of Saskatchewan, early Sunday morning (local time). Efforts are on to nab the suspects.

The attacks in Saskatchewan today are horrific and heartbreaking. I’m thinking of those who have lost a loved one and of those who were injured.

“We are closely monitoring the situation, and urge everyone to follow updates from local authorities. Thank you to all the brave first responders for their efforts on the ground,” he added.

The stabbing spree took place in 13 locations across the province, according to the Royal Canadian Mounted Police (RCMP), putting at least 15 people in hospital in addition to those who died.

Many of the incidents happened on land belonging to the indigenous James Smith Cree Nation, which declared a state of emergency at noon on Sunday.

The RCMP is now looking for two suspects, 31-year-old Damien Sanderson and 30-year-old Myles, who are considered armed and dangerous. It said they may have been seen in the city of Regina on Sunday morning in a black Nissan Rogue SUV with the licence plate 119 MPI. 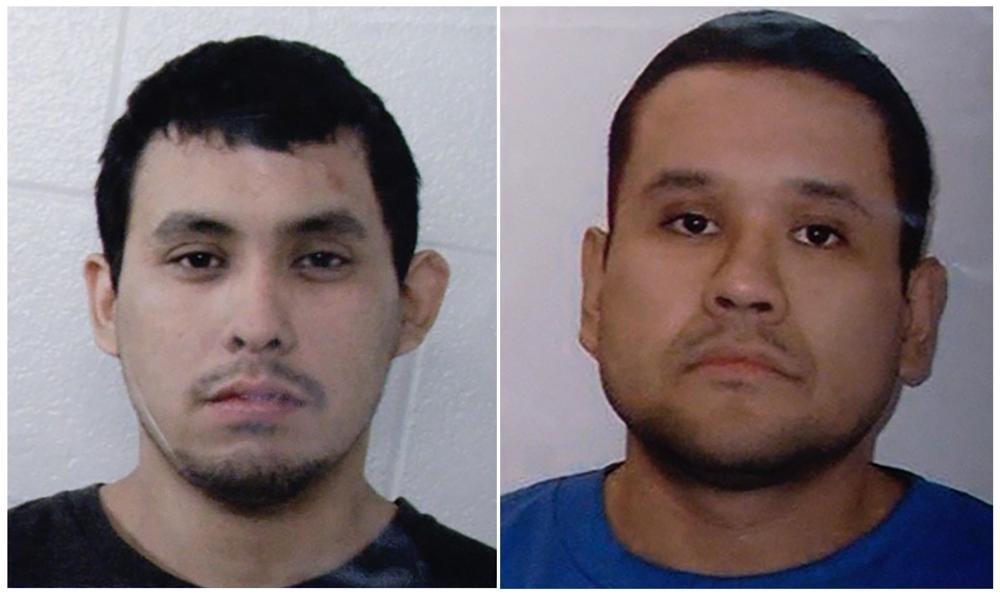 The suspects in a series of stabbings in the Canadian province of Saskatchewan are still at large (Photo: AP)

The manhunt came as Canadians prepared to celebrate Labour Day on Monday, with thousands flocking to a gridiron football game between the Saskatchewan Roughriders and the Winnipeg Blue Bombers in Regina on Sunday.

The Roughriders said that extra police officers had been deployed to its stadium and the surrounding area to protect fans.

Three ambulance helicopters were dispatched from Saskatoon and Regina to the remote rural areas where the killings occurred, carrying three patients to nearby hospitals.