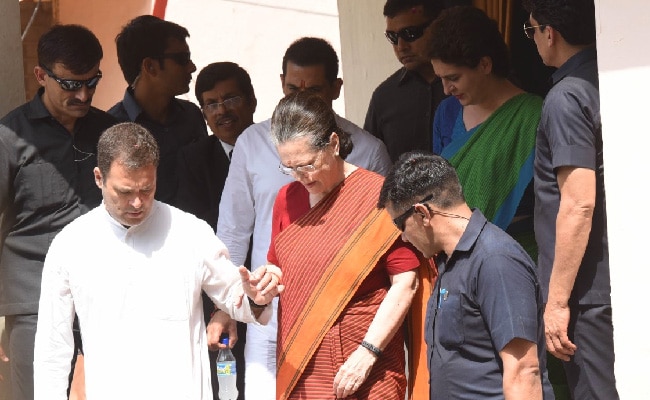 The electionwill be notified on September 22 and candidates can withdraw their nominations by October 8.

Congress’s highest decision-making body the Congress Working Committee today said the much-awaited election of its new President will be held on October 17 and counting votes will be done two days later, on October 19. The filing of nominations will begin on September 24, and the last date is September 30.

Congress President Sonia Gandhi, who has joined virtually as she is travelling abroad for health checkups, presided over the CWC meeting.

The meeting comes days after an explosive resignation letter by the party’s G-23 dissident and former veteran Ghulam Nabi Azad blasting Rahul Gandhi for “childish behaviour”, “glaring immaturity” and for letting a “coterie of inexperienced sycophants” run the party. In his letter, addressed to party president Sonia Gandhi, he also lashed out at Rahul Gandhi for “demolishing the party’s entire consultative mechanism”.

The election will be notified on September 22 and candidates can withdraw their nominations by October 8.

The CWC also reiterated that it has resolved to make the “Mehangai Par Halla Bol” rally in Delhi on September 4 and the launch of the Bharat Jodo Yatra from Kanyakumari on September 7 “a resounding success”.

The Congress, dealing with the fallout of a series of high-profile exits, including that of Kapil Sibal and Ashwani Kumar, has attempted to deflect the latest blow by alleging that Azad’s DNA had been “Modi-fied” and linking his resignation to the end of his Rajya Sabha tenure.

The Congress had announced in October last year that the election of the new party president will be held between August 21 and September 20 this year.