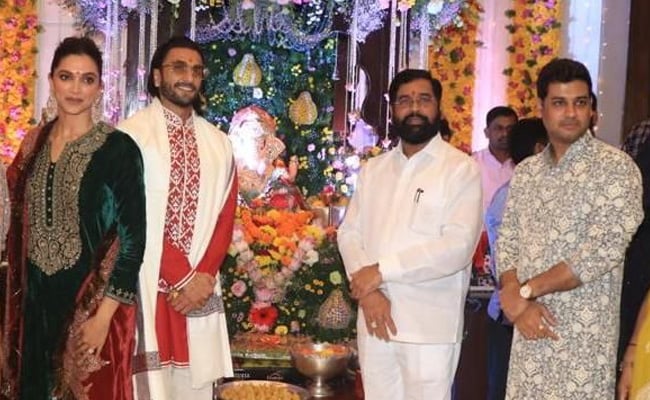 Ranveer Singh’sSimmba co-star Sara Ali Khan, who was also at the venue, was seen wearing yellow ethnic wear. Tamannaah Bhatia wore a beautiful saree for the occasion. Actor Shraddha Kapoor also visited the politician’s house with her father and actor Shakti Kapoor. Shraddha was seen wearing a peach dress, while her father Shakti Kapoor wore a white kurta paired with blue jeans. Actor-couple Genelia D’Souza and Riteish Deshmukh too visited chief minister Eknath Shinde’s residence and posed with the politician. Veteran actor Jackie Shroff sported an all-white look. The actors were seen sitting together in one of the pictures.

Check out their pictures here: 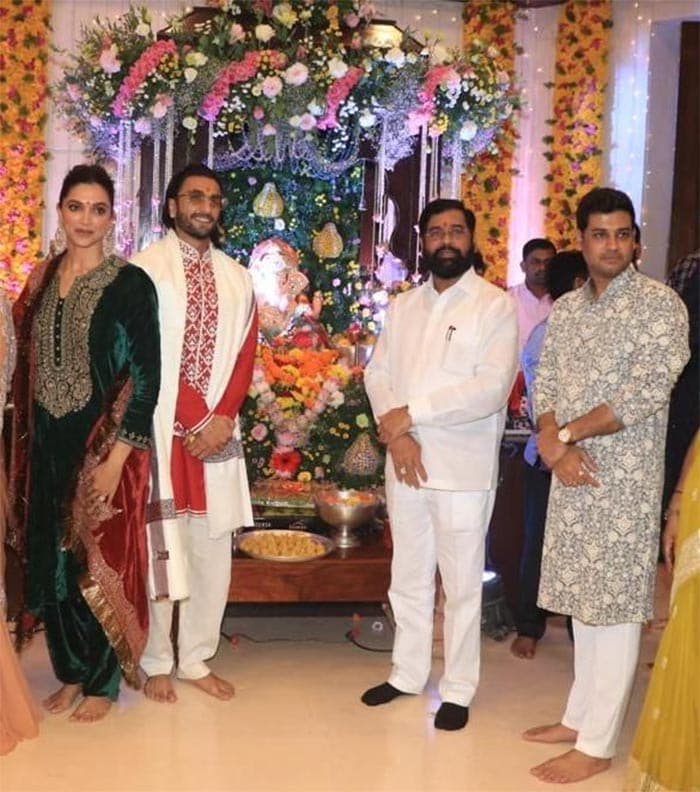 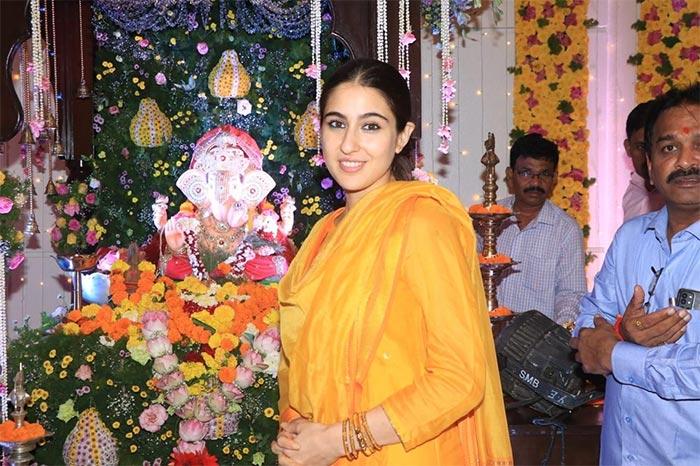 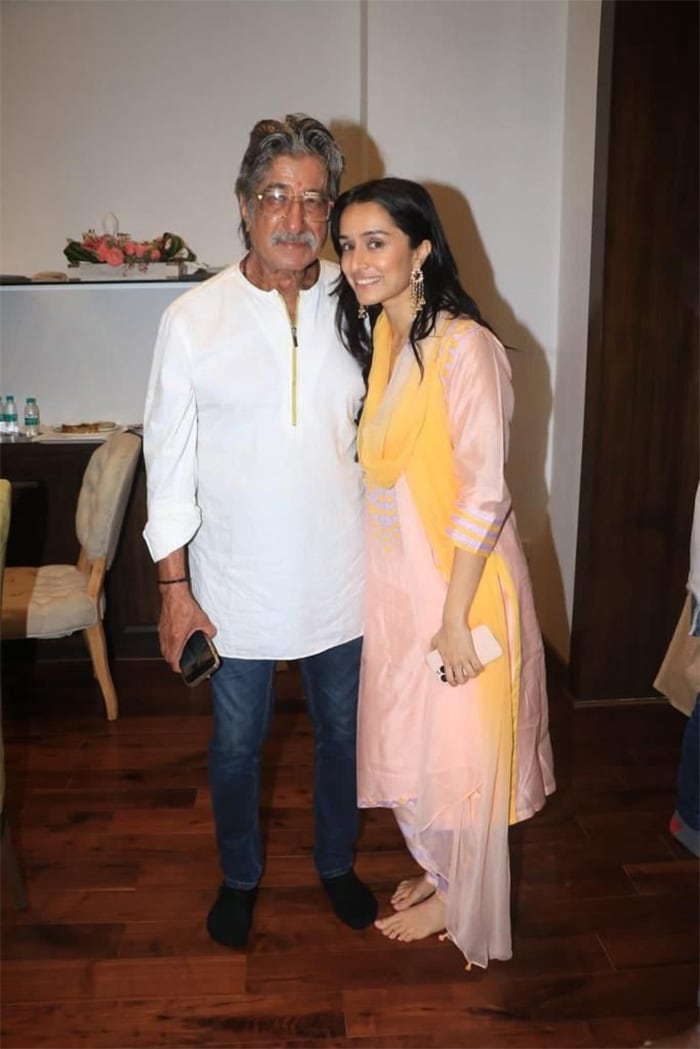 Shraddha Kapoor clicked with her father and actor Shakti Kapoor. 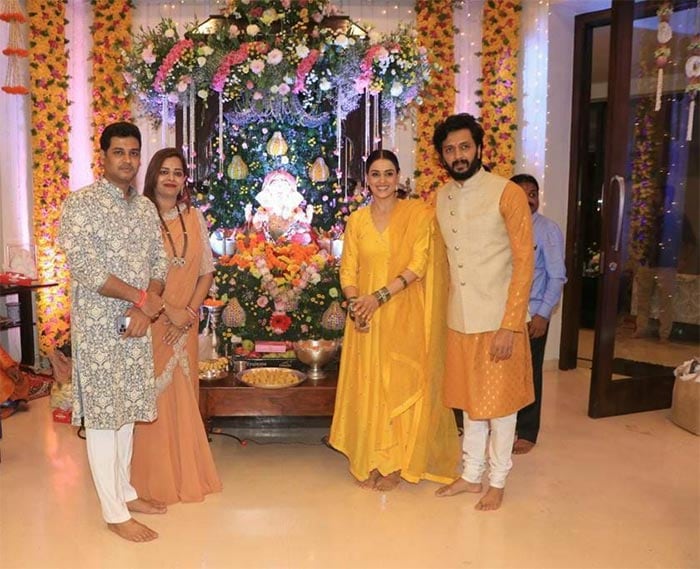 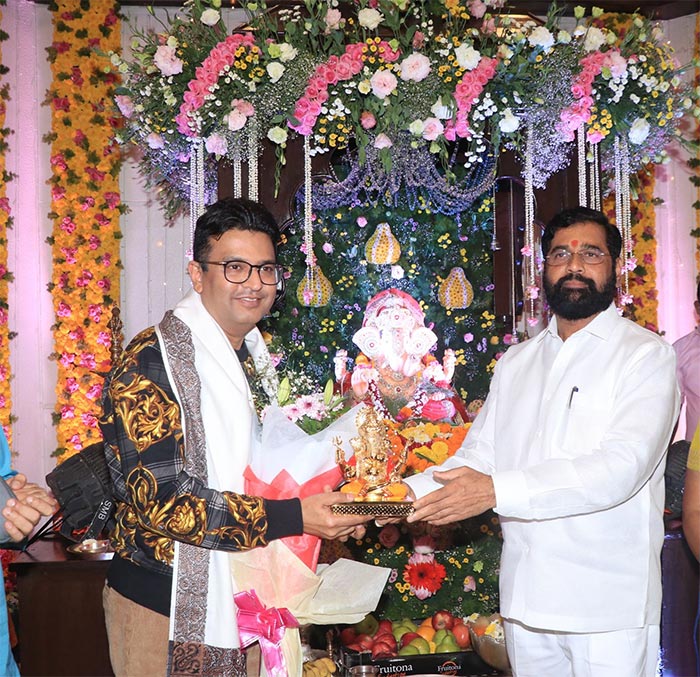 Ranveer and Deepika were last seen together in filmmaker Kabir Khan’s 83, in which Ranveer played the role of the then captain Kapil Dev and Deepika played his wife Romi Bhatia. Previously Deepika and Ranveer have acted in films like Ram Leela, Padmavat and Bajirao Mastani. The couple married in November 2018.