In the latest installment of a promised nine-billion-euro rescue package announced by the European Commission, the EU has proposed 5 billion euros in financial aid to Ukraine. 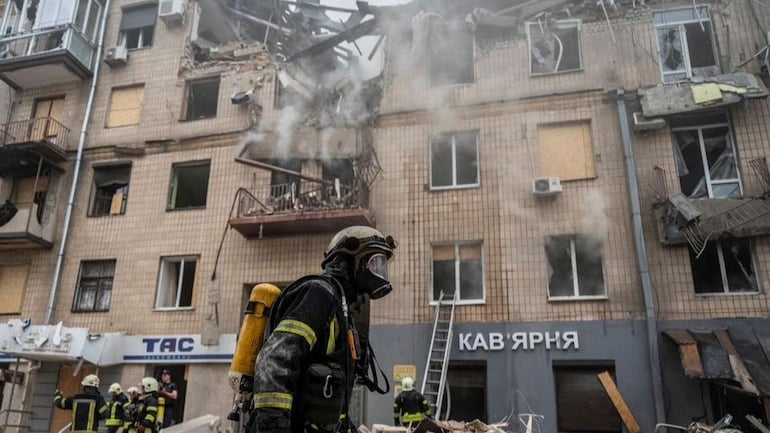 Firefighters work at the site of a residential building hit by a Russian military strike, amid Russia’s attack on Ukraine, in Kharkiv (Photo: Reuters)

The European Commission on Wednesday proposed five billion euros in financial aid to Ukraine, in the latest installment of a promised nine-billion-euro rescue package agreed by EU leaders in May.

“The situation in Ukraine requires our full support,” the commission’s president, Ursula von der Leyen, said in a tweet announcing the emergency loans to Kyiv.

The situation in Ukraine requires our full support.

Today the @EU_Commission proposes an additional 5 billion in macro-financial assistance for the country.

This is on top of the 10 billion the EU already provided in financial, humanitarian and military aid. pic.twitter.com/B60lueYl0Q

A European diplomat said the rescue was part of the $39 billion in aid promised by the G7 group of nations to prop up Ukraine’s battered public coffers.

Originally promised by European leaders in May, the EU’s nine billion euros ($9 billion) was held up as some member states argued over whether a country at war was in a position to sign on to long-term loans.

Brussels disbursed the first one billion euros of the package in early August and, on Wednesday, the commission said the remaining three billion euros “will be provided as soon as possible”.