The smattering of homes in Panjal Sheikh started to collapse one by one, as torrential rain lashed the tiny southern Pakistani village and flooded the vast stretches of farmland around it.

After nearly two weeks of incessant downpours this month, there was nothing left but damaged walls, debris and piles of people’s belongings poking out among pools of brown floodwater and grey mud.

The residents of Panjal Sheikh are among the tens of millions hit across Pakistan by the worst monsoon floods in a decade, which have destroyed or damaged nearly a million homes and killed more than 1,000 people since the rains began in June.

“When it started raining, there was destruction in every direction,” said Panjal Sheikh resident Mukhtiar Ahmed.

“As we rushed to try and save the children in a house that had just collapsed, another house fell, and then another,” he told AFP on Sunday.

“The whole village has been erased.” 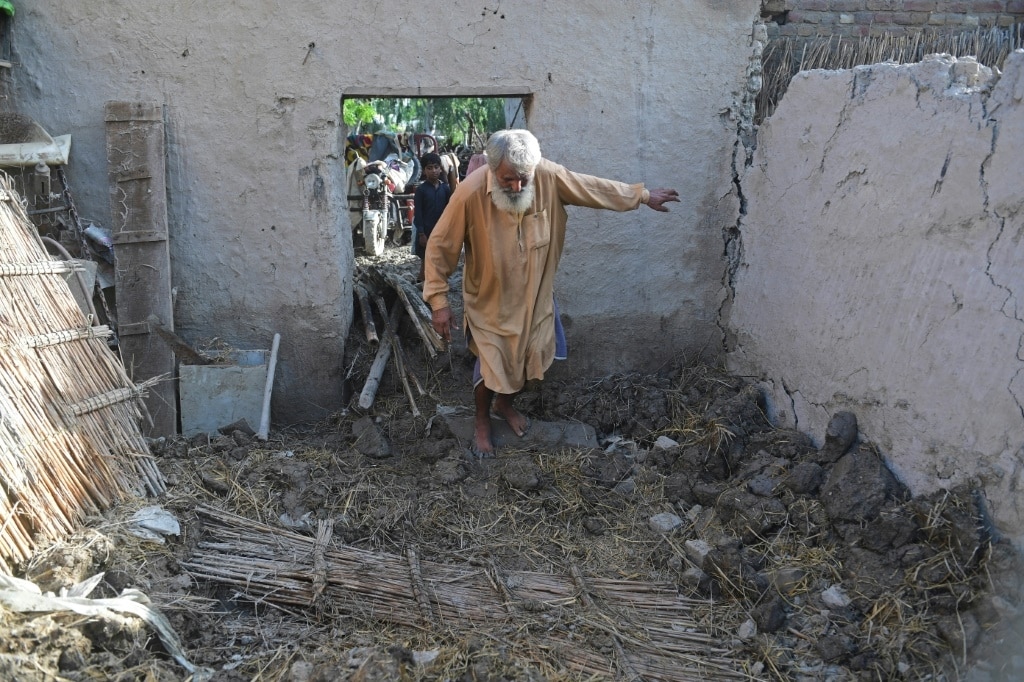 Ghulam Rasool treads through what remains of his flood-damaged mud house on the outskirts of Sukkur in Sindh province. (Photo: AFP)

Pakistan receives heavy — often destructive — rains during its annual monsoon season, which are crucial for agriculture and water supplies.

But the catastrophic damage from this year’s downpours and flooding has not been seen for decades.

Pakistani officials blame climate change, which is increasing the frequency and intensity of extreme weather around the world.

‘WE ARE IN DEEP PAIN’

The relentlessness of the disaster was shocking, said Ghulam Rasool, the 80-year-old village head of Panjal Sheikh — which lies less than 25 kilometres from the banks of the mighty Indus River.

“There was a loud sound suddenly, and we could not figure out what had happened,” he told AFP.

He suspected that his son’s small home on the family land had collapsed.

“We thought all the four had died,” Rasool said, referring to his son, daughter-in-law and their two children.

As the family tried and failed to keep the floodwaters from rising on their land, Rasool’s pregnant daughter went into labour.

“I felt the pain but I was scared to tell anyone,” said Naheed Sheikh, 30. “I finally told my mother.”

Through the driving rain, her family managed to get her to an unkempt hospital where her daughter was delivered via a caesarean section. 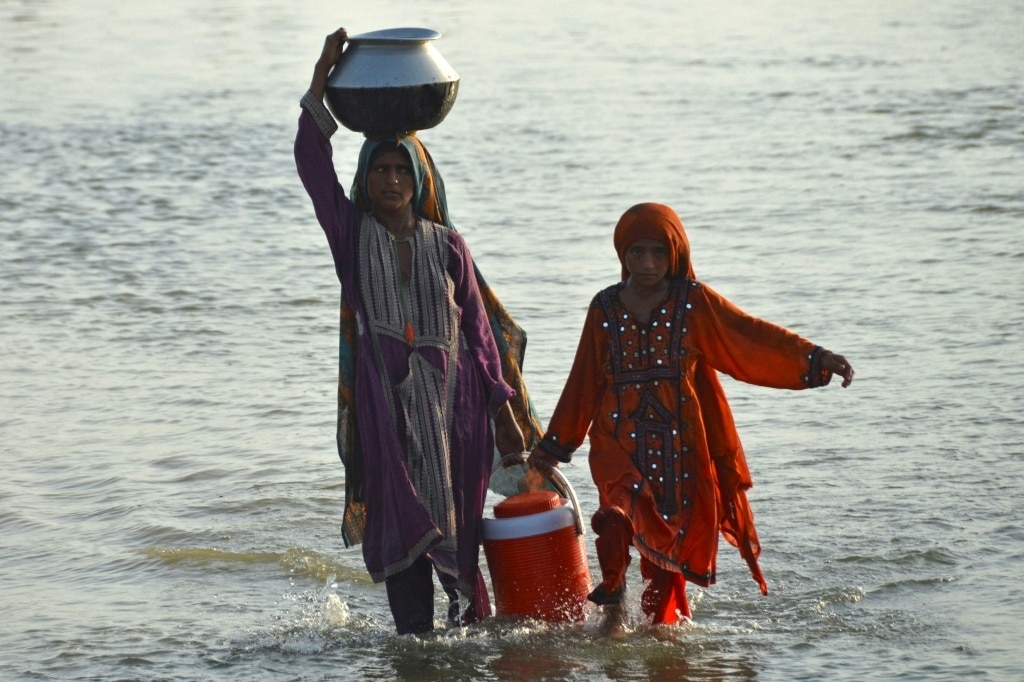 Her ordeal continued when she got home.

“I was half asleep in my room… when we felt that the room could collapse,” she told AFP.

“I rushed out with my daughter in my arms and the walls fell as soon as we got out.”

The rooms Rasool had built for his other sons and daughters also fell one after another.

At the end of the 13 days of rain, he surveyed what remained, stumbling through heaps of straw, personal belongings and the piles of firewood he would sell to make ends meet.

He said he pushed down the weak walls that remained so they do not fall on any passersby.

“Everything is destroyed. We can’t even cook a meal for ourselves,” Rasool said.

“We are in deep pain and waiting for someone to help us.”

Many flood survivors from villages such as Panjal Sheikh have made their way to Sukkur, the largest city nearby, hoping for assistance.

Some sat along an elevated highway under tents fashioned from plastic sheets.

As two military trucks passed carrying food, sacks of wheat, tents and cooking pots, a crowd of people rushed towards them.

Some desperately tried to climb up the trucks, fighting each other to try and reach the aid items.

Soldiers shouted at them to form a queue, but few listened.