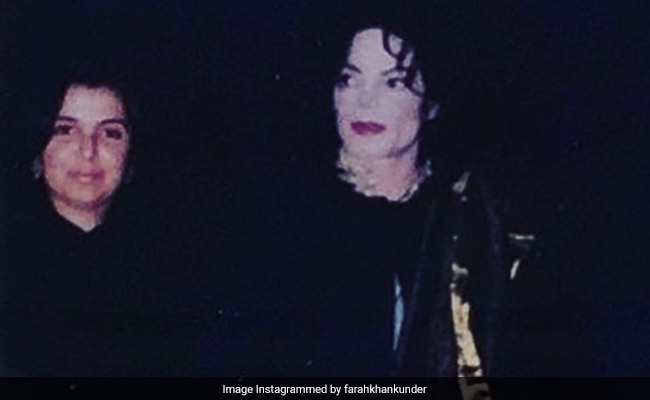 On the birth anniversary of Michael Jackson, Farah Khan paid tribute to her guru. On Monday, choreographer Farah Khan shared a major throwback picture with King of Pop on her Instagram handle and wrote a sweet note. In the image, Farah can be seen posing with Michael Jackson while he looks away from the camera. The image was clicked in 1999 in New York. Along with the picture, she wrote, “My guru.. turning point of my life happened when I saw Thriller.. got to meet him in NY 1999.. still to get over that experience.. happy birthday” and used the hashtags Micheal Jackson, Inspiration and King of Pop”.

Soon after Farah Khan shared the post, fans flooded the comment section. A user wrote, “Oh you were so lucky,” while another wrote, “Two rockstar of dancing in a frame”. Check out the post below:

Farah Khan made her debut as a choreographer in Hindi cinema with the 1992 movie Jo Jeeta Wohi Sikandar. So far, she has choreographed more than a hundred songs in over 80 films. Once in an interview with PTI, Farah Khan was quoted saying, “I officially had no training in dance and whatever I learnt was from watching Michael Jackson by watching his videos, especially Thriller over and over again. I consider him as my guru.”

Michael Jackson died in 2009 due to cardiac arrest caused by an overdose of prescribed medicines.