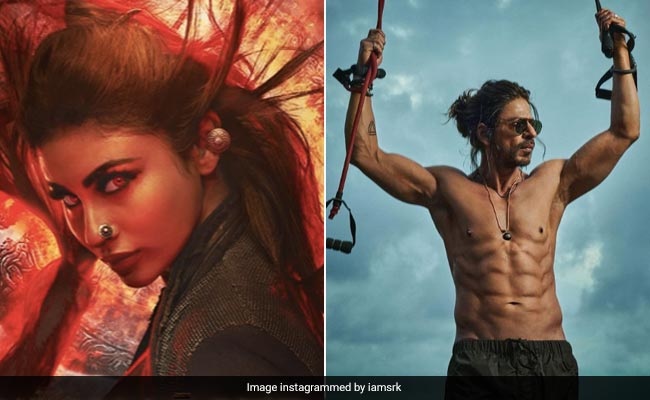 Mouni Roy, who is gearing up for her upcoming movie Brahmastra, co-starring Alia Bhatt, Ranbir Kapoor, Amitabh Bachchan and Nagarjuna, confirmed Shah Rukh Khan’s cameo in the movie. In an interview with Bollywood Hungama, the actress opened up about her character Junoon, the queen of darkness, and revealed that Shah Rukh Khan will play a guest appearance in the movie. She also spoke about her experience working with them (Alia, Ranbir, Amitabh Bachchan, Nagarjuna and Shah Rukh). Earlier, after the makers unveiled the trailer of the movie, fans speculated that Shah Rukh will be playing the role of Vanarastra (inspired by Lord Hanuman). Several pictures and videos also surfaced on the Internet.

Speaking to Bollywood Hungama, Mouni Roy said, “My character is obviously derived from one of his fantasy fiction i.e. Ayan’s brainchild. But also you know when you are working with people like Ranbir, Alia, Bachchan Sir, Nagarjuna Sir, Nagarjuna Sir. Shah Rukh Sir also plays a guest appearance… being a part of this world is a privilege. I suddenly kind of realized why they are where they are in life.”

Here have a look at the viral video:

This leaked footage is GOLD. pic.twitter.com/e26biISqJu

In Brahmastra, Mouni Roy plays the role of an antagonist, Junoon, the queen of darkness. Helmed by Ayan Mukerji and produced by Karan Johar’s Dharma Productions, the film is slated to hit the theatres on September 9.