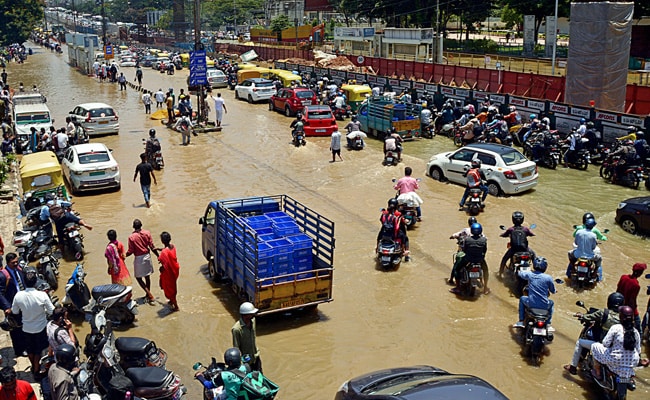 The Bangalore Water Supply and Sewerage Board (BWSSB) has warned of water supply disruption in several areas of the city for today and tomorrow.

Chief Minister Basavaraj Bommai will be visiting the TK Halli unit of Bengaluru Water Board in Mandya district that will manage the drinking water supply to Bengaluru city due to the rushing of water into the unit following heavy rain on Sunday night.

“I am leaving for Mandya soon after the Teachers’ day function to assess the situation. BWSSB Chairman, engineers, and secretary of the urban development department are already sent to the unit. The officials of the Mandya district are busy in draining out water from the pumping station. The situation is expected to come under control by evening. The technical team is working on the emergency mode to restart the machinery. I will visit and give necessary instructions,” Mr Bommai told news agency ANI.

Several lakes in the city were overflowing and stormwater drains were flooded, affecting the low-lying areas where water entered houses.

The infrastructure development in the city has not kept up with perennial traffic jams and unplanned construction on the dried-up beds of lakes leading to frequent flooding even after moderate rainfall, complain city companies.

“Recent rain in Bengaluru has been extraordinary. The BS Bommai-led government is actively monitoring the issue and working hard to resolve it as soon as possible. A thriving city that has been continually growing for decades is bound to face certain infrastructure issues,” said Dr Ashwathnarayan CN, IT Minister.

Earlier today, authorities deployed rubber dinghies to ferry people around and footage on social media showed tractors being used to transport travellers from the airport.

The Outer Ring Road Companies Association (ORRCA), the umbrella group for the IT sector, advised employees to work from home while many schools and colleges were shut.