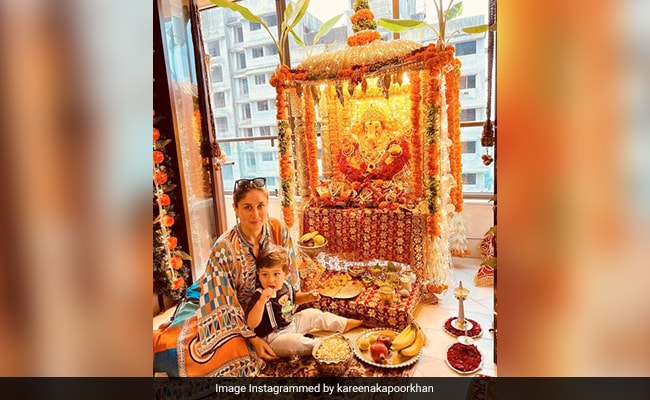 Kareena Kapoor has treated her Insta family to stunning pictures from her Ganesh Chaturthi festivities, and it’s about love. The actress offered a glimpse of her celebrations with her family, including parents, Ranbir Kapoor and Babita Kapoor, sister Karisma Kapoor, son Jehangir Ali Khan, aunt Reema Jain and cousins Armaan and Aadar Jain. In the pictures, Kareena Kapoor is posing with her son Jeh (who can be seen eating a sweet) for the camera, while in the background, we can see a beautifully decorated temple of Lord Ganesha. In the next image, Jeh can be seen picking up fruits from the plate while Kareena adorably looks at him. Sharing the post, she dropped orange heart and folded hands emoticons.

Kareena Kapoor also re-shared Karisma Kapoor’s post in which Laal Singh Chaddha can be seen posing with her parents, sisters and cousins for the perfect family picture. In the captions, she wrote in Hindi, “Mera Parivaar” while Karisma captioned it as “Family”. 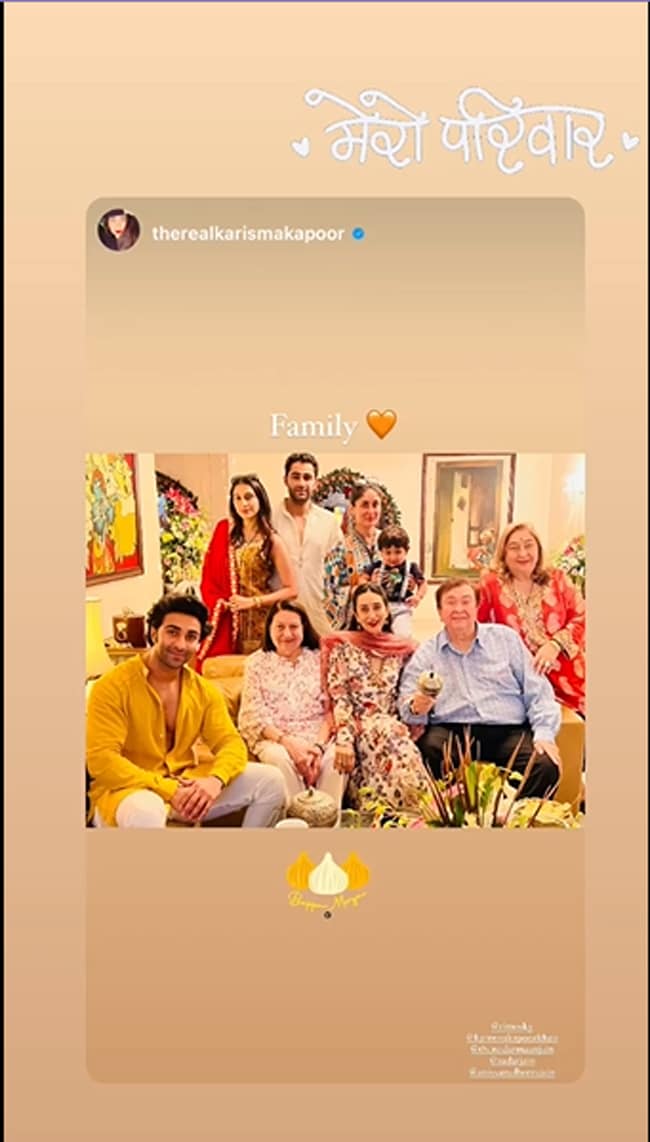 Karisma Kapoor also offered a glimpse of the celebration. In the first picture, she can be seen sitting in front of Lord Ganesh’s idol. The actress looks beautiful in a floral print traditional outfit. Sharing the post, she wrote in Hindi, “Ganpati Bappa Morya“ 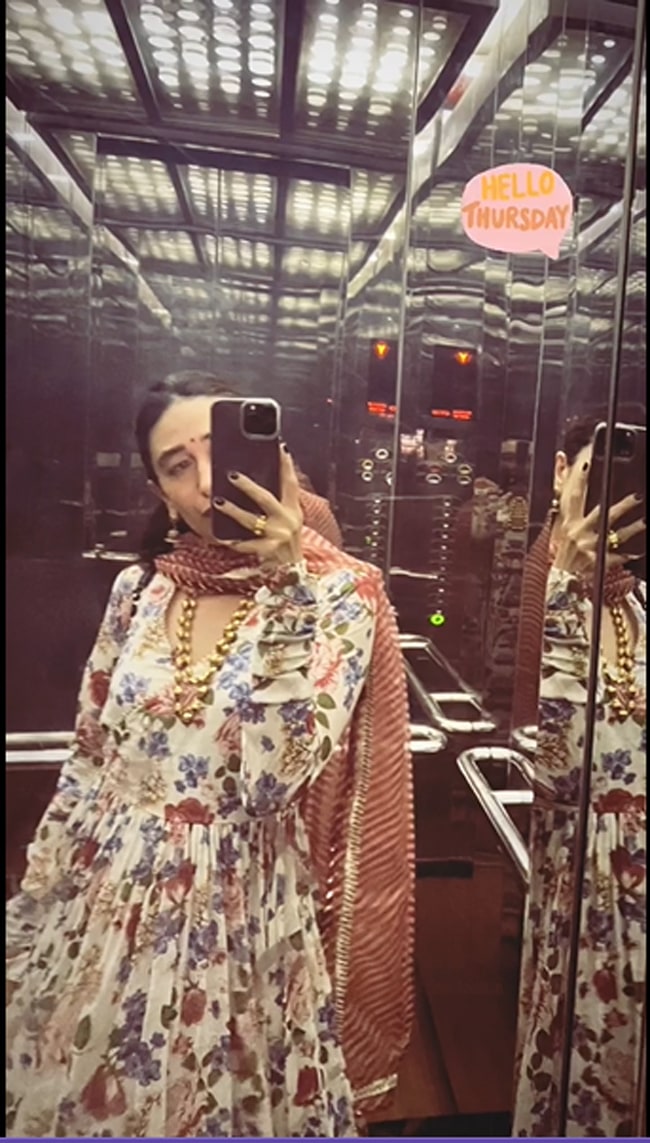 Coming back to Kareena Kapoor, a few days ago, she returned from the Pataudi Palace after spending quality time with her husband Saif Ali Khan and sons – Taimur and Jeh.