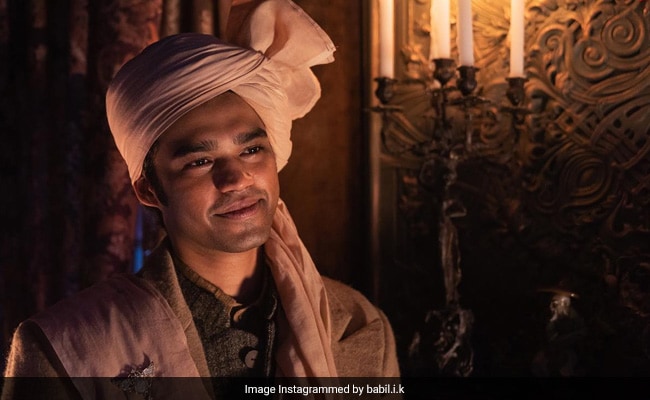 Late actor Irrfan Khan’s son Babil on Monday said he was still coming to terms with his father’s death when he went to audition for Anvita Dutt’s film Qala, which marks his screen debut. Irrfan Khan, one of India’s finest and most versatile actors, died in 2020, two years after he was diagnosed with a rare form of cancer. He was 54. At the Netflix’s Films Day event, Babil said he wanted to work on Qala even before reading its script but was in a “vulnerable” state as the audition was scheduled around the time his father had passed away.

“One of my close friends had been an assistant to Anvita and even before I read the script, I wanted to do the film. I never had second thoughts about it and jumped to reach the auditions. It was the time Baba had passed away and I was broken and vulnerable.

“When I reached (production house) Clean Slate Filmz, they made me feel so safe. I was coming with some baggage and was so scared. She (Dutt) was making an epic and even through all of that, she took so much care of me. I cannot thank her enough. The way she hugged me, it was precious,” the aspiring actor told reporters here.

Starring Tripti Dimri in the title role, Qala is described as a heart-breaking story of “a daughter who craves her mother’s love”.

The movie reunites the actor with Anvita after their critically-acclaimed feature Bulbbul that was released on Netflix in 2020.

The director recalled meeting Babil, who plays the role of Jagan in the Netflix film, at a party when he was just 14.

“When we were auditioning for Jagan, we tested many boys. Some were very interesting but we weren’t getting him. The friend that he mentioned, she casually asked ‘Do you want to test Babil?’ But I didn’t know (if) he was looking into acting. I knew he was studying films and wanted to be a cinematographer,” she added.

Anvita said she knew they had found Jagan the moment she saw his audition. “It was the first time he was facing the camera and it could have been frightening. Babil was also coming from a sad place and yet kept his energy intact. He was truly a God’s child.

“He came on the set with a lot of raw energy. Babil has a great presence, and is just beautiful and innocent. He is just incredible in the film,” she added.