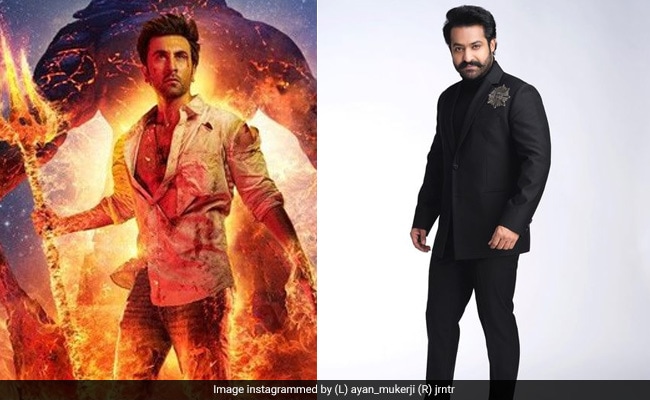 Ayan Mukerji has added another star to the Brahmastra sky in the form of Jr NTR. The filmmaker, in an Instagram post, has announced that Jr NTR will be the chief guest in the pre-release event of Brahmastra in Hyderabad. As per Ayan’s post, the event will be held at Ramoji Filmcity at 6 pm on September 2. While announcing “Jr NTR for Brahmastra”, Ayan shared a video, which features glimpses from the film, followed by a montage of Jr NTR. The director has accompanied the post with a heart-warming note, where he talks about how during the journey of Brahmastra “very big personalities” have left him short of words with their generosity.

Ayan Mukerji wrote, “Through the journey of this movie, there have been some very big personalities and achievers who have left me short of words with their generosity towards us.” Announcing Jr NTR’s presence at the pre-release event, he said, “Another such star in Brahmastra‘s sky is now NTR… who is going to shine bright as he always does, at our movie’s biggest event in Hyderabad. Coming together with Ranbir Kapoor, Alia Bhatt, Nagarjuna sir, our Team, and of course Rajamouli Garu, for whom my love, respect and gratitude have no boundaries.”

The filmmaker expressed his excitement about “Tarak” giving “Brahmastra some love and energy,” as well as helping them to take the film into the Telugu universe.

Karan Johar, who is one of the producers of Brahmastra, also welcomed Jr NTR for the pre-release event. Addressing him as “Man of Masses”, KJo urged fans to “gear up for a Mass-????raverse.”

“Man Of Masses of Indian Cinema, Jr NTR will be gracing the biggest pre-release event of Brahmastra as the Chief Guest on September in Hyderabad,” Karan Johar wrote in his Instagram post.