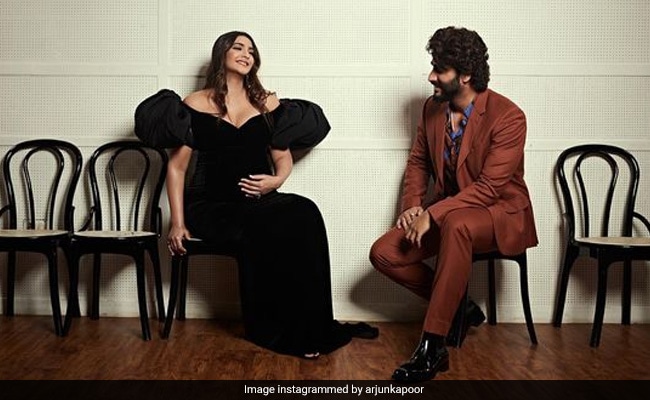 Arjun Kapoor has shared an adorable post on his Instagram handle, wishing his cousin sister Sonam Kapoor on welcoming her son with her husband, Anand Ahuja. The actor shared a cute picture that shows them sitting on the chairs, flashing their million-dollar smile. The image is from the sets of Karan Johar’s popular chat show Koffee With Karan 7. Sharing the post, the Ek Villain Returns actor wrote, “Look Who’s all grown up & is a mother now !!! OMG it’s you Sonam Kapoor”.  Check out the post below:

Last month on August 20, Sonam Kapoor and Anand Ahuja welcomed their first child, a son. Sonam’s sister Rhea Kapoor shared the first glimpse of the baby, but she covered his face with an emoticon. Sharing the post, she wrote, “Rhea masi is not ok. The cuteness is too much. The moment is unreal. I love you Sonam Kapoor the bravest mommy and Anand Ahuja the most loving dad. Special mention new nani Sunita Kapoor”.

Last month, the brother-sister duo Arjun Kapoor (son of Boney Kapoor) and Sonam Kapoor (daughter of Anil Kapoor) featured at Koffee With Karan 7. During the show, Arjun revealed that he was once suspended from school because of Sonam.

First, Sonam recalled an incident when a bully in her school asked her to leave the basketball court. Narrating what happened later, Arjun said, “I went up to him, telling him how can you talk to my sister like that. I imagined it would be like Shah Rukh Khan in Josh where two gangs fight, but I just got socked in the eye! I had a black eye, and I got suspended because I abused him.”

In terms of work, Arjun Kapoor will be next seen in The Lady Killer and Kuttey.