A video shared by the Italian Coast Guard captured the moment when the luxury yacht plunged into the sea off the coast of Italy. 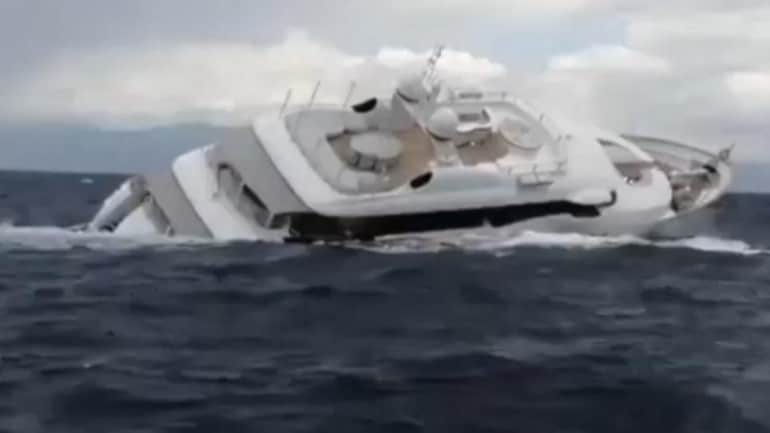 The 129-foot super yacht sank in the Gulf of Squillace. (Screengrab)

A 39.4-meter (129-foot) superyacht, valued at $7.8 million (over Rs 62 crore), capsized and sank some 15 km off the coast of Catanzaro, in southern Italy. A video shared by the Italian Coast Guard shows the dramatic moment when the luxury yacht plunged into the Ionian Sea.

The Italian coast Guard quickly sprang into action and rescued all four passengers and five crew members. The vessel was heading from Gallipoli to Milazzo when it sank.

The vessel, My Saga, was sailing on Saturday evening when the coast guard responded to a call from the crew that the boat’s stern was filling up with water, as per a report by Bloomberg.

The coast guard responded quickly and dispatched a ship to the yacht and successfully rescued all onboard.

The 129-foot super yacht sank on Saturday (August 20) in the Gulf of Squillace, about nine nautical miles off the coast of Catanzaro, Italy.