It’s always a treat when Malaika Arora and Arjun Kapoor feature on each other’s Instagram profiles. Speaking of which, on Saturday, Malaika shared a “handsome” picture of her boyfriend Arjun. In the image, the Ek Villain Returns actor is wearing an orange kurta paired with black pants. Sharing the image, on her Instagram stories, she wrote just one word, “Handsome” and we couldn’t agree more. The image is from the designers Kunal Rawal and Arpita Mehta’s Mehendi ceremony. 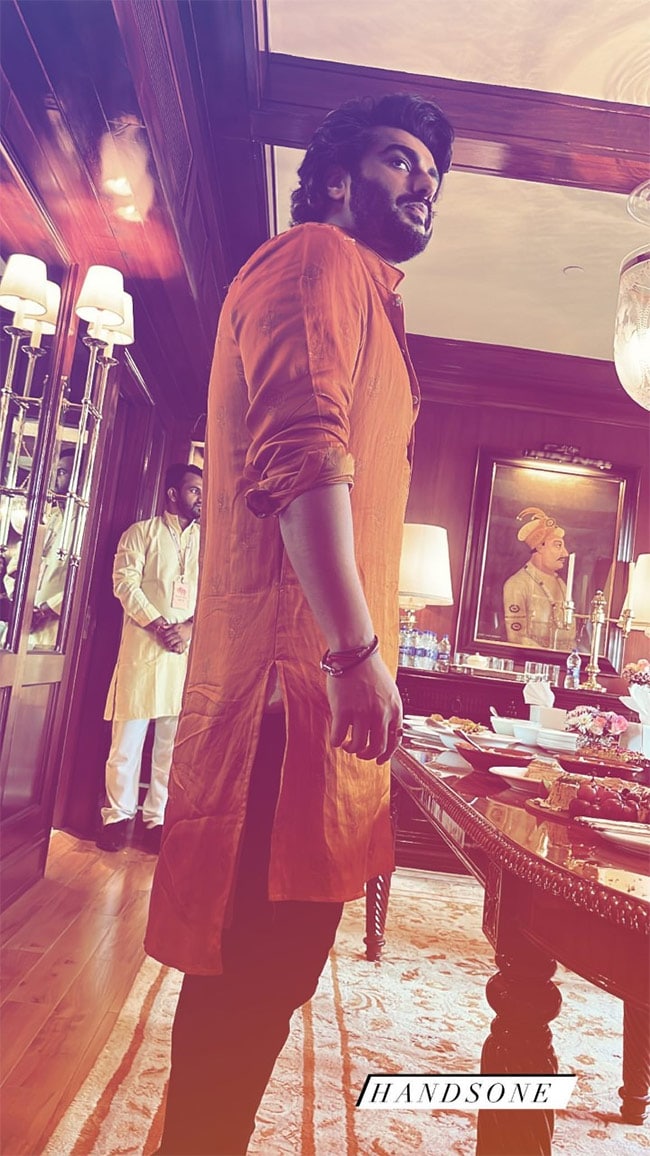 Also, Malaika Arora offered a glimpse of her Mehendi OOTD – green off-shoulder kurta paired with red pants. She accessorised her looked with the silver oxidized necklace. Check out the post below: 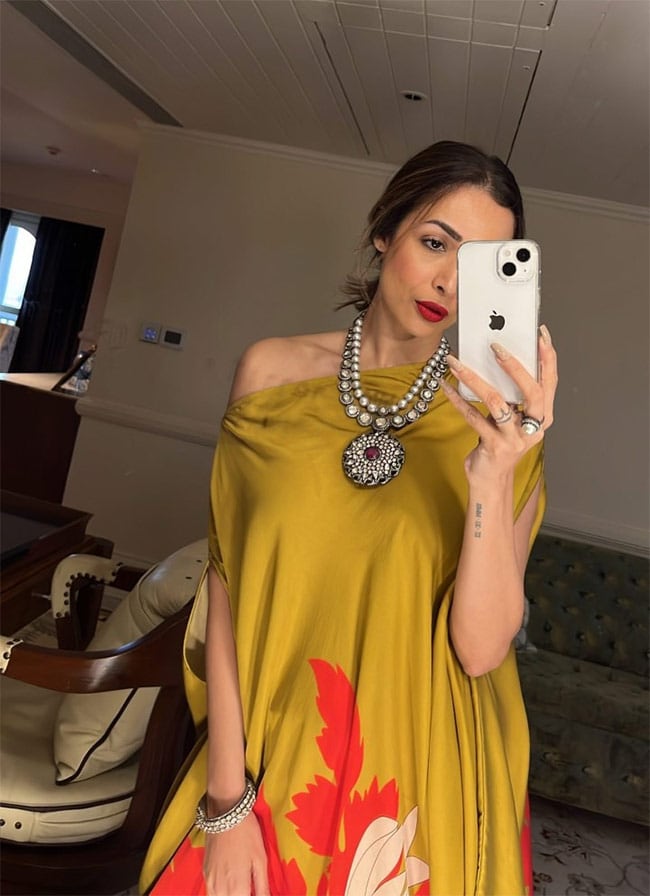 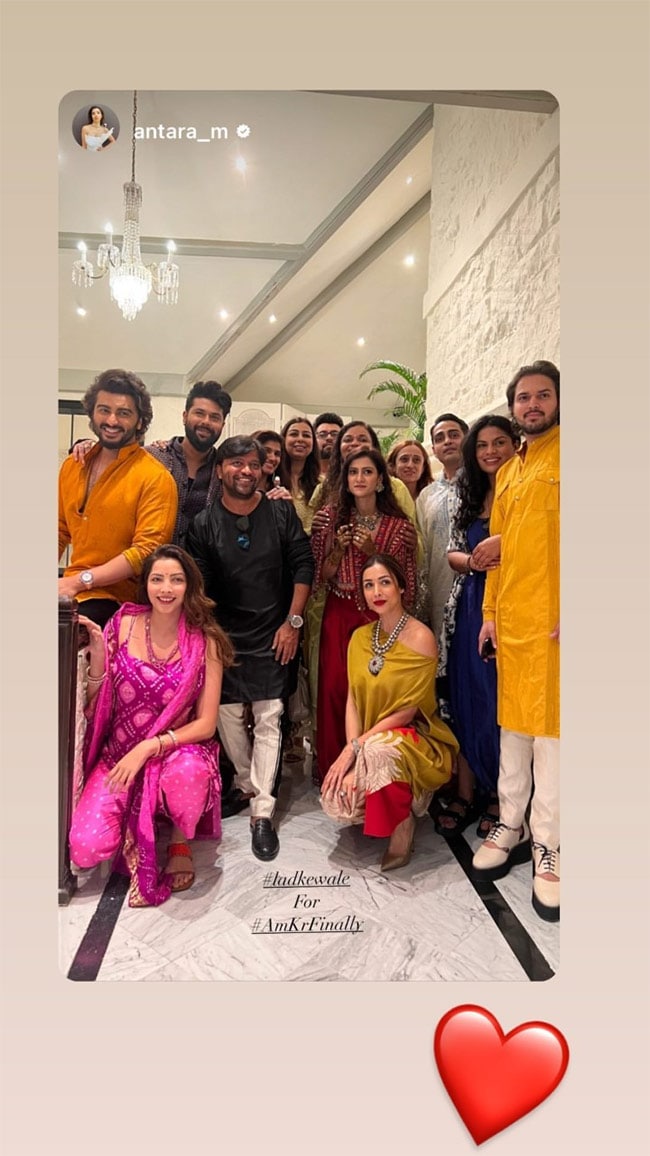 Meanwhile, Malaika Arora and Arjun Kapoor were creating a heavy buzz on the Internet after a video of the couple went viral. In the video, they can be seen grooving to the song Chaiyya Chaiyya, from the movie Dil Se. The song featured Malaika and Shah Rukh Khan. The viral video is from Kunal Rawal and Arpita Mehta’s pre-wedding bash.

Here have a look at the viral video:

Malaika Arora and Arjun Kapoor made their relationship official in 2019 and since then have been treating their Insta fans to mushy pictures.