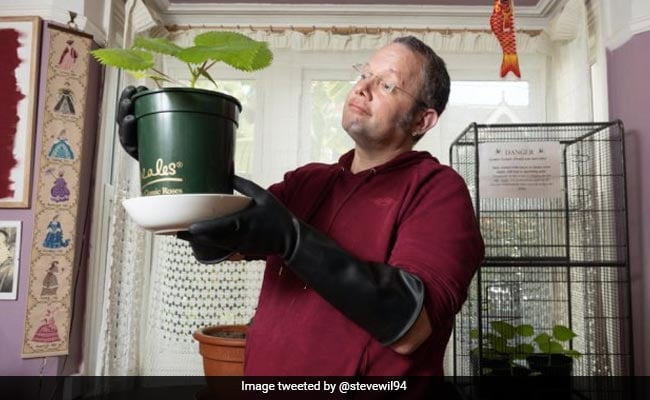 Humans can overcome boredom in a variety of ways. Although the methods might be simple or sometimes unorthodox, boredom can be dangerous, especially if it leads you to cultivate one of the “world’s deadliest weeds.”

A British man named Daniel Emlyn-Jones has grown the “world’s most dangerous plant,” with a sting so bad it can lead to months of pain and even suicidal thoughts. The 49-year-old Mr. Daniel decided to grow the Gympie-Gympie in his home, where it sits in a cage marked with a “danger” sign, The Independent reported.

The report further stated, “Gympie-gympie, also known as the “Australian stinging tree,” is a nettle-like shrub known as the world’s most venomous plant. It is said to be capable of delivering a sting like “being burned with hot acid and electrocuted at the same time.”

Daniel, an online tutor from Oxford, told the British newspaper Metro that “he just thought it would add a bit of drama to my gardening.”

“You can get seeds on the internet, but you have to be careful that it doesn’t spread out of a contained area, so I keep it potted in my front room. I got my seeds from a company in Australia, it cost something like sixty Australian dollars, so it wasn’t cheap. I have always liked plants, though I just got a bit bored with geraniums,” he added.

The plant is infamous for its incredibly painful sting, which can cause victims to suffer for weeks or even months after being stung. The “worst type you can imagine” of pain, according to those who have been stung by the shrub, was experienced.