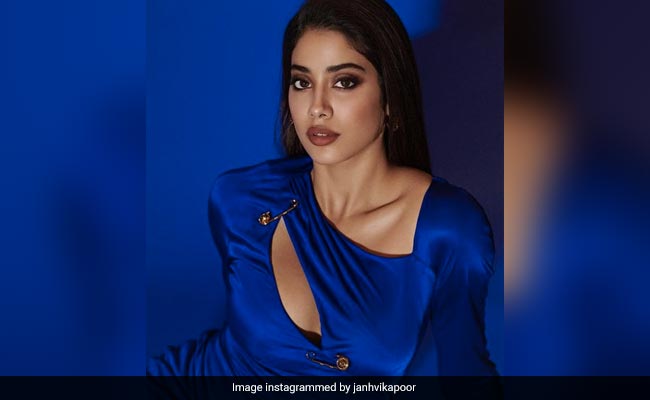 Janhvi Kapoor is all set for the release of her film Mili on November 4. The actor, who has been quite busy promoting her film, recently shared a couple of stunning pictures of herself in a gorgeous blue dress and Alia Bhatt cannot agree less. On Thursday evening, Janhvi shared her pictures on Instagram and wrote, “lift me up, hold me down, keep me close, safe and sound.” While many of the actor’s fans thought she looked beautiful, mom-to-be Alia Bhatt’s comment spoke for all of us. Reacting to Janhvi’s post, Alia wrote, “Gorgee” with many red hearts.

Just a few hours ago, the actor shared another set of pictures of herself in a beautiful silk saree which caught the attention of her rumoured boyfriend Orhan Awatramani. Reacting to the actor’s pictures, Orhan wrote, “Are heavens kisses” with a flower emoji in the beginning of the sentence. The pictures are from Janhvi’s Mili promotions in Hyderabad.

Janhvi also shared a few behind the scene pictures from the sets of Mili, in which the actor can be seen in intense looks from various shots of her film. The pictures also featured Janhvi’s father and Mili’s producer Boney Kapoor and others.

The film will release in theaters worldwide on November 4.

The Rise Song. Internet Is Thrilled