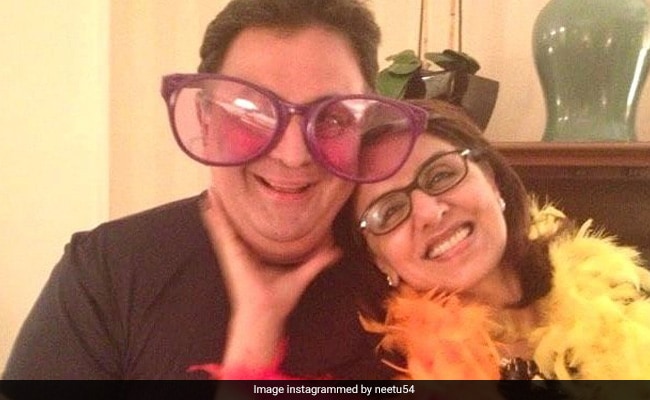 On the 70th birth anniversary of her late husband and veteran actor Rishi Kapoor, Neetu Kapoor has shared an adorable throwback picture on her Instagram handle. The image seems to be from a party as Rishi Kapoor can be seen wearing huge chunky sunglasses while Neetu Kapoor is wearing a multicolour boa scarf. Sharing the image, the veteran actress wrote, “Happy birthday,” followed by a heart emoticon. Soon after she shared the post, her industry friends flooded the comment section. Alia Bhatt’s mom Soni Razdan and Anaita Shroff Adajania dropped heart emoticons. Rishi Kapoor, 67, died in April 2020 after battling cancer for two years.

Neetu Kapoor and Rishi Kapoor‘s daughter Riddhima Kapoor Sahni also dropped an emotional post on her Instagram stories remembering her father. Sharing a picture of the actor, she wrote, “We miss you so much especially today but ‘with a cheer, not a tear, in Our eye’ (white heart emoticon) Love you Papa”. Check out the post below: 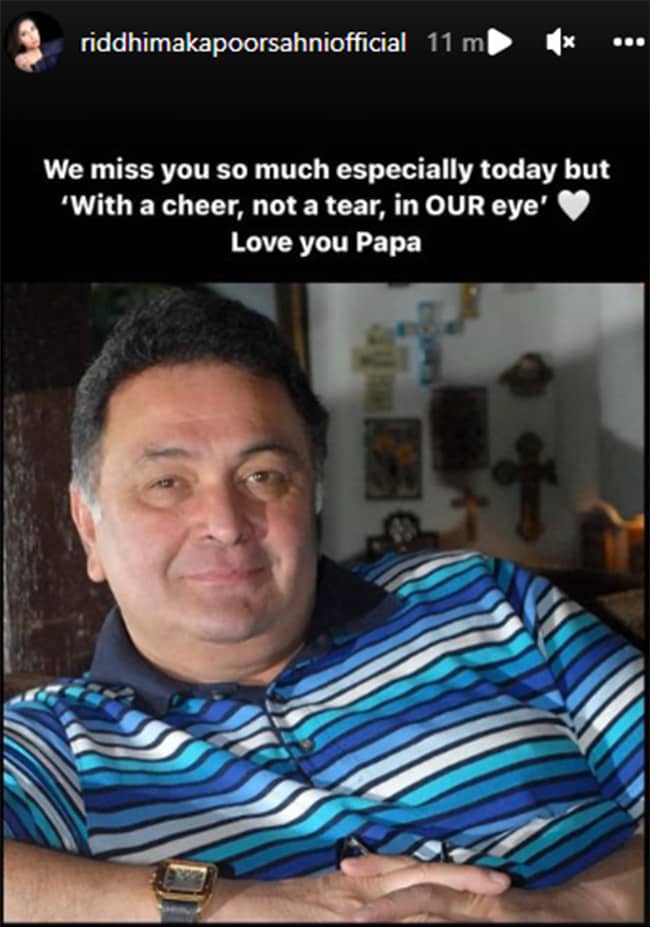 Neetu Kapoor in her Instagram posts often remembers Rishi Kapoor. Earlier, on Father’s Day, she shared a picture of the actor and wrote, “Happy Father’s Day always always in our hearts”

In April, on the occasion of Baisakhi and ahead of son Ranbir Kapoor’s wedding, she shared a major throwback picture on her Instagram handle from their engagement. Sharing a monochrome image, the veteran actress wrote, “Fond memories of Baisakhi day as we got engaged 43 years back on 13th April 1979,” followed by heart emoticons.

Meanwhile, on the work front,  Neetu Kapoor is basking in the success of her last movie Jugjugg Jeeyo, co-starring Anil Kapoor, Varun Dhawan and Kiara Advani.