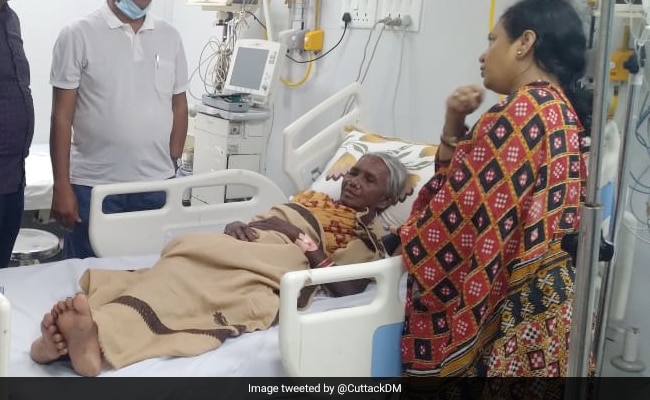 Kamala Pujari was admitted to a hospital in Cuttack with kidney problems.

Members of the Paraja tribal community in Odisha have called for action against a social worker who allegedly forced its icon, Padma Shri awardee Kamala Pujari, to dance inside a hospital in Cuttack before she was discharged.

The incident came to light after a video, in which the elderly woman was seen dancing in the ICU of a government hospital, went viral. PTI could not independently verify the authenticity of the footage.

The social worker, Mamata Behera, was also seen dancing with her.

“I never wanted to dance but was forced to do it. I repeatedly denied, but she (Mamata Behera) did not listen. I was sick and got tired,” Ms Pujari told television channels in Koraput district from where she hails.

Harish Muduli, president of the tribal community’s association ‘Paraja Samaja’, said its members will hit the streets if the state government fails to take action against the social worker.

Kamala Pujari, who was awarded the Padma Shri in 2019 for promoting organic farming and preserving over 100 varieties of indigenous seeds of different crops including paddy, was admitted to SCB Medical College and Hospital in Cuttack with kidney problems.

Chief Minister Naveen Patnaik had wished her speedy recovery. The incident occurred prior to her discharge from the hospital on Monday.

The hospital authorities said Pujari was admitted to a special cabin and not in the ICU.

“The woman who allegedly made Pujari dance used to visit her at the special cabin,” said Dr Abinash Rout, the registrar (administration) of the hospital.

Pujari’s attendant Rajeeb Hial said she does not know Behera, who had also clicked several selfies with the Padma Shri awardee.

Behera, on her part, claimed she had no bad intention behind the act, and just wanted to “shun Pujari’s laziness”.

Pujari belongs to the Paraja community, a major Scheduled Tribe of Odisha, which comprise around 4 per cent of the state’s tribal population.