Bollywood’s social calendar this weekend was red-lettered with designers Kunal Rawal and Arpita Mehta’s wedding in Mumbai. A grand pre-wedding bash on Friday preceded the wedding ceremony itself which was held on Sunday. The celeb roll-call at the wedding was led by Kunal’s close friend Shahid Kapoor and wife Mira Rajput. The couple were coordinated in white outfits – Mira’s white and gold saree was perfect for a Sunday wedding. Shahid and Mira were pictured outside the wedding venue after the ceremony. Kunal Rawal was one of Shahid Kapoor’s baraatis when the Kabir Singh actor married Mira Rajput in 2015. 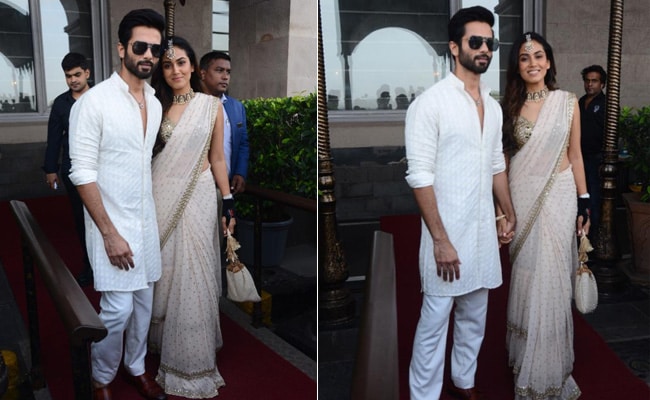 Arjun Kapoor and Malaika Arora, who danced to her hit song Chaiyya Chaiyya at the pre-wedding bash, were spotted holding hands. Arjun was dressed in a white outfit similar to Shahid’s while Malaika picked a metallic ensemble. 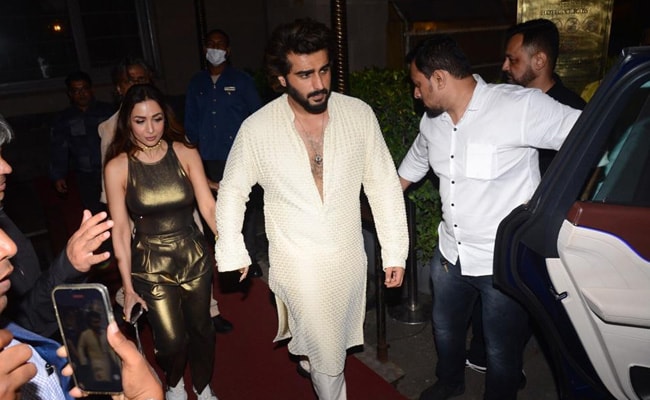 Also at the wedding was Kunal’s other great friend Varun Dhawan who was accompanied by wife Natasha Dalal, brother Rohit Dhawan and sister-in-law Jaanvi Desai. Varun and Natasha opted for white outfits like Shahid and Mira. Actor-producer Jackky Bhagnani was a wedding guest as well. 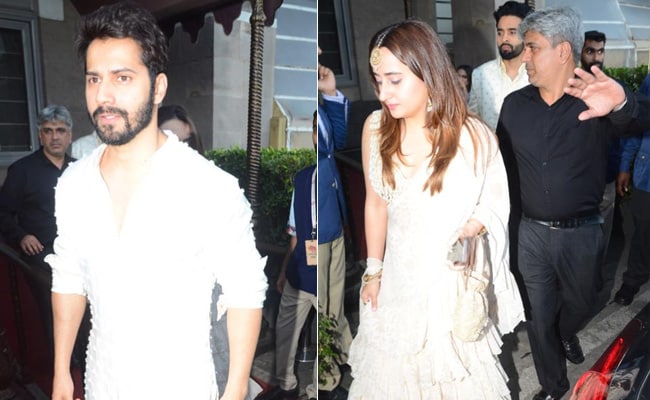 Shahid Kapoor shared this picture of himself and Mra Rajput from the wedding, captioning it, “Mujhse shaadi karogi (will you marry me), Mira?”

Kunal Rawal and Arpita Mehta’s pre-wedding bash on Friday was attended by the who’s who of Bollywood. In addition to Shahid-Mira, Malaika-Arjun and Varun-Natasha, Karan Johar was there and so were several Kapoors – Anil, Rhea and husband Karan Boolani, Janhvi, Shanaya and Anshula. Designer Masaba Gupta attended as well as did Ishaan Khatter, Aditya Roy Kapur and rapper Badshah.