While the top court is already seized of several petitions challenging the Places of Worship Act, the Kashi royals contend in their plea that the Act was passed in haste without any prior consultation with the stakeholders. 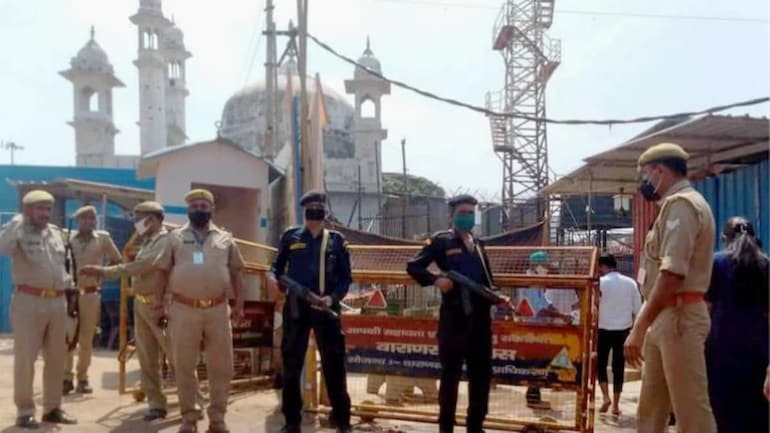 Dozens of petitions challenging the Places of Worship Act have been filed in the SC. A file photo (Above) of the security outside the Gyanvapi mosque in Varanasi.

The daughter of the erstwhile King of Varanasi on Thursday approached the Supreme Court seeking permission to be heard as an intervenor in the batch of petitions challenging the Places of Worship Act 1991.

Maharaja Kumari Krishna Priya, the daughter of Kashi Naresh Vibhuti Narayan Singh and the current titular head of the erstwhile royal family of Kashi, has filed the application stating that since the former ruler of the princely state of Kashi was the Chief Patron of all temples in Kashi, she, on behalf of the Kashi royal family, has the locus to challenge the vires of the Act on grounds of violation of Articles 25, 26, 29 and 32 of the Constitution.

READ: Explained | Ayodhya, Gyanvapi row, and relevance of The Places of Worship Act

The plea further alleges that the Places of Worship Act was passed in haste without any prior consultation with the stakeholders with a premeditated intent to not subject the contents of the Act and its implications to a democratic and informed debate.

Several petitions challenging the provisions of the Places of Worship Act are already lying before the Supreme Court.

The Places of Worship Act of 1991 was brought at a time when the Ayodhya movement led by the Vishwa Hindu Parishad (VHP) and backed by the Rashtriya Swayamsevak Sangh and the BJP was gaining momentum.

The Act states that the nature of all places of worship, except the Ram JanmabhoomiBabri Masjid in Ayodhya, shall be maintained as it was on August 15, 1947 and that no suit shall lie in any court with respect to the conversion of the religious character of a place of worship, as existing on that date.