Two earthquakes hit Liechtenstein parliament while lawmakers were debating the pros and cons of quake insurance. 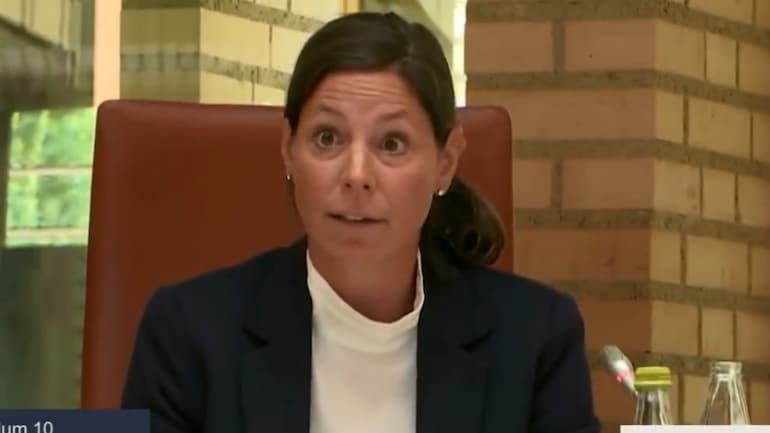 The earthquakes hit Liechtenstein parliament as the lawmakers in the house debated an insurance on earthquakes. (Screengrab from video)

Two earthquakes hit Liechtenstein just as lawmakers in the tiny Alpine principality were debating the pros and cons of quake insurance.

Lawmaker Bettina Petzold-Maehr had just warned that the chances of all Liechtenstein citizens being affected by an earthquake striking the country was high when the first small temblor hit shortly before 2 p.m. (1200GMT) Thursday.

Petzold-Maehr laughed and continued until the second quake struck, visibly shaking the room.

“This is getting a bit much, you never know if there’ll be aftershocks,” speaker Albert Frick said, announcing a 15-minute recess.

Records by the German Research Centre for Geosciences showed a magnitude 4 earthquake hit Liechtenstein, which is sandwiched between Switzerland and Austria, Thursday afternoon.

Liechtenstein police said no injuries or damage were reported, and gave a magnitude of 3.9 for the quake.

Liechtenstein has a population of just under 39,000 and a surface area of 62 square miles (160 square kilometers), making it slightly smaller than Washington, D.C.