A passenger aircraft en route to the mountainous district of Mustang made an emergency landing at Pokhara airport minutes after take-off on Sunday. 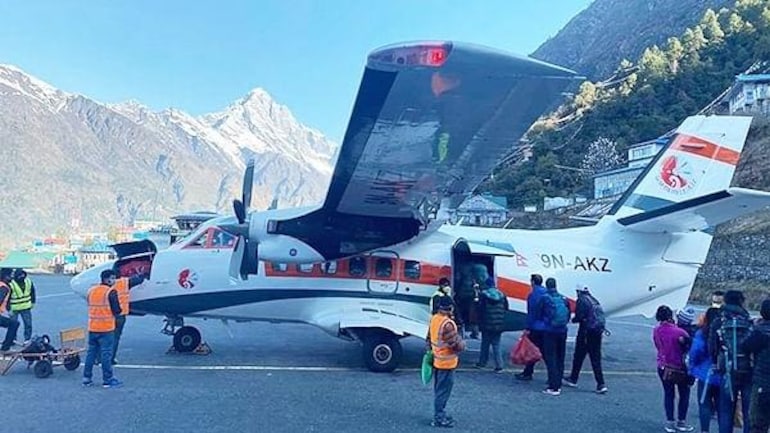 The decision to abort the flight was taken due to a technical glitch in the engine (Photo: ANI)

“The aircraft landed safely. An investigation is underway. All passengers are in good health,” an airport official told ANI.

The aircraft landed safely with all the occupants. Reportedly, a probe has been initiated into this incident.

Recently, an IndiGo Delhi-Udaipur flight was grounded due to “engine vibration.” This was the second such incident last week when an aircraft returned to Delhi Airport due to technical issues.

The official said the IndiGo flight from Delhi to Udaipur, operated by an A320 Neo aircraft, did an air turnback after there were vibrations in engine 2.