Dugina, whose father Alexander Dugin is a prominent ideologue, was killed on Saturday when a bomb blew up the Toyota Land Cruiser she was driving, Russian investigators said.

Ukraine, defending itself from what it says is an imperial-style war of conquest waged by Russia, denied involvement in the attack, with Ukrainian presidential adviser Mykhailo Podolyak calling the accusation “propaganda”.

Putin on Monday posthumously granted Dugina the Order of Courage, a prestigious state award, “for courage and selflessness shown in the performance of professional duty”, the Kremlin said.

Alexander Dugin, 60, has long advocated violence to achieve the unification of Russian-speaking and other territories.

In his first public statement on the bombing, he said Darya had been savagely killed before his own eyes by Ukraine.

“Our hearts are not simply thirsting for revenge or retribution,” Dugin wrote. “We only need our victory (against Ukraine). My daughter has sacrificed her young life on the altar of victory. So please win!” Flowers and candles are placed next to a portrait of media commentator Darya Dugina, who was killed in a car bomb attack (Photo: Reuters)

Russia’s FSB security service said the attack was carried out by a Ukrainian woman born in 1979, whom it named and whose picture and information appeared on Russian news websites.

They linked her to Ukraine’s security services and accused her of being a member of the Azov battalion, a unit of Ukraine’s army that Russia has designated a terrorist group.

In response, Azov said the woman had never been a member of the unit and accused Russia of concocting a lie.

The FSB said the woman had arrived in Russia in July and spent a month preparing the attack. She had fled to Estonia afterwards, it said.

Estonia’s interior ministry and police and border guard service said in separate statements they could share information on individuals entering and leaving Estonia “only in cases prescribed by law”, adding the FSB allegation did not meet that requirement. 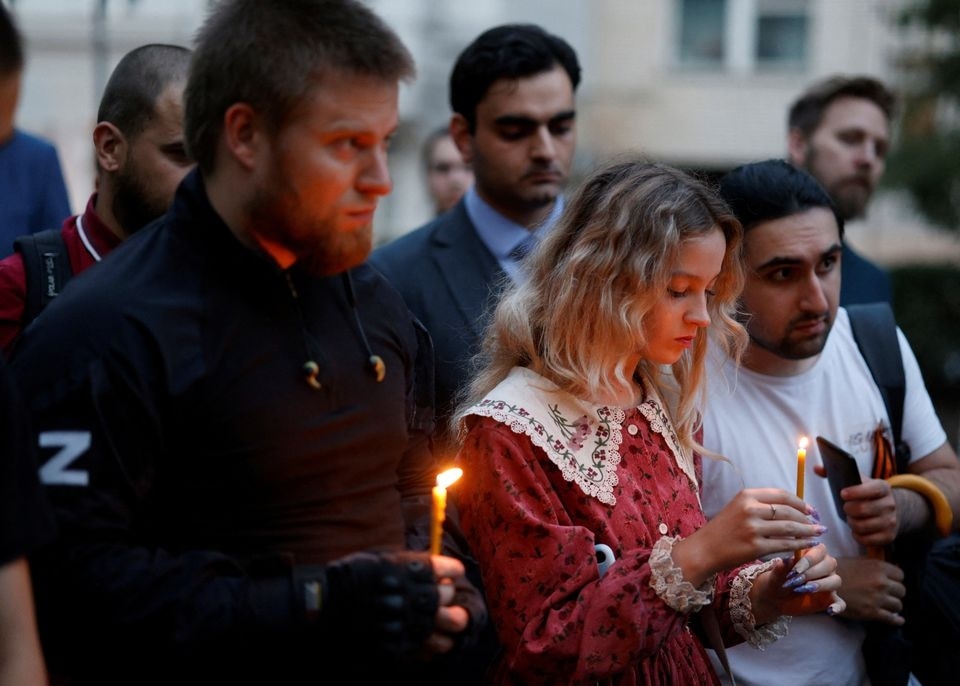 Putin paid tribute to Dugina as a patriot, calling her murder “evil and cruel”, while Margarita Simonyan, editor-in-chief of the Kremlin-backed RT media organisation, suggested agents could track the woman down.

“Estonia, of course will not hand them over,” Simonyan wrote on Telegram. A memorial service for Dugina will be held on Tuesday at Moscow’s TV centre, her father said.

On Monday, residents of Moscow laid flowers and lit candles at a makeshift memorial. “She was a unique person, and this loss is absolutely irreplaceable,” said Sergei Sidorov.

Some Russian opposition figures were sceptical about the speed at which the FSB appeared to have solved the case and suggested alternative versions. Ilya Ponomaryov, a former lawmaker turned Ukraine-based Kremlin critic, said a previously unknown group of Russian militants called the National Republican Army was responsible.

ALSO READ| 100 days of Russia-Ukraine war: How has India been affected

His assertion and the group’s existence could not be independently verified by Reuters. Russia’s Investigative Committee did not respond to a request for comment. 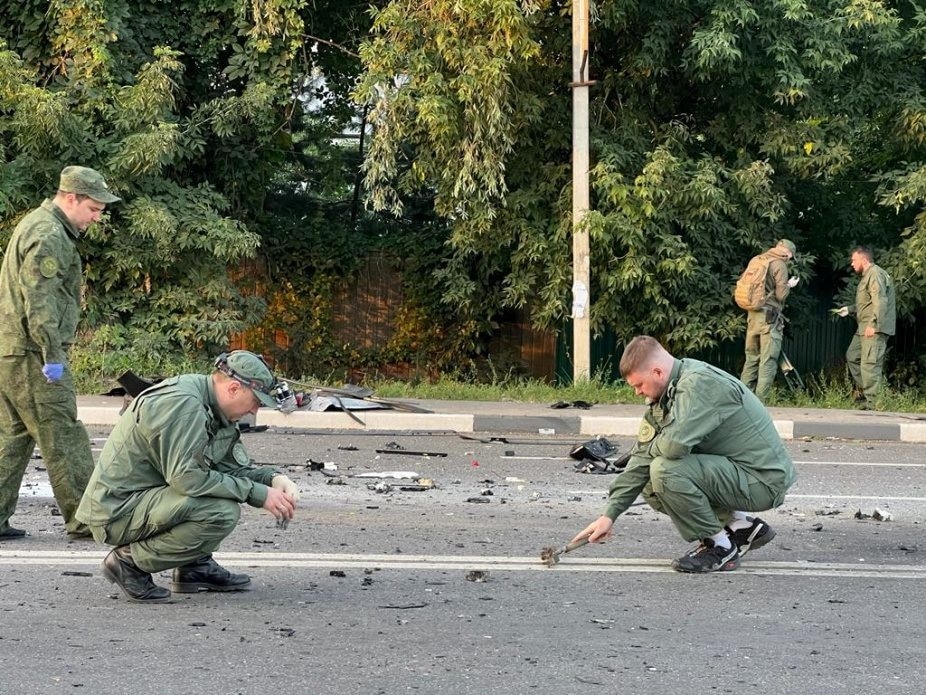 Ponomaryov was the only member of the State Duma, the lower house of parliament, to vote against the annexation of Ukraine’s Crimea region in 2014 and later left Russia. Ponomaryov, who runs an online TV station designed to challenge the Kremlin’s narrative of the war, read out a manifesto he said the group had sent him.

It said the group was committed to overthrowing Putin and building a new Russia. Such statements are illegal inside Russia and those who make them face long jail terms. His assertion adds to a list of possible theories about who killed Dugina.

Some people believe her father was the target. Ukraine’s Podolyak said he believed the killing was the result of a struggle between Russia’s intelligence services.

Some Russian opposition activists have speculated the murder may have been orchestrated by forces inside Russia keen to discourage ultra-nationalists like Dugin from criticising the Kremlin for being, in their eyes, too soft on Ukraine.