Britain’s longest-serving monarch’s royal canines will be rehomed after their “lord and master’s” death, according to media reports on Friday.

Queen Elizabeth II, the UK’s longest-serving monarch, died on Thursday at Balmoral Castle in Scotland after reigning for 70 years. She was 96.

She is survived by her four children, eight grandchildren and 12 great-grandchildren, along with her beloved cohort of furry companions. 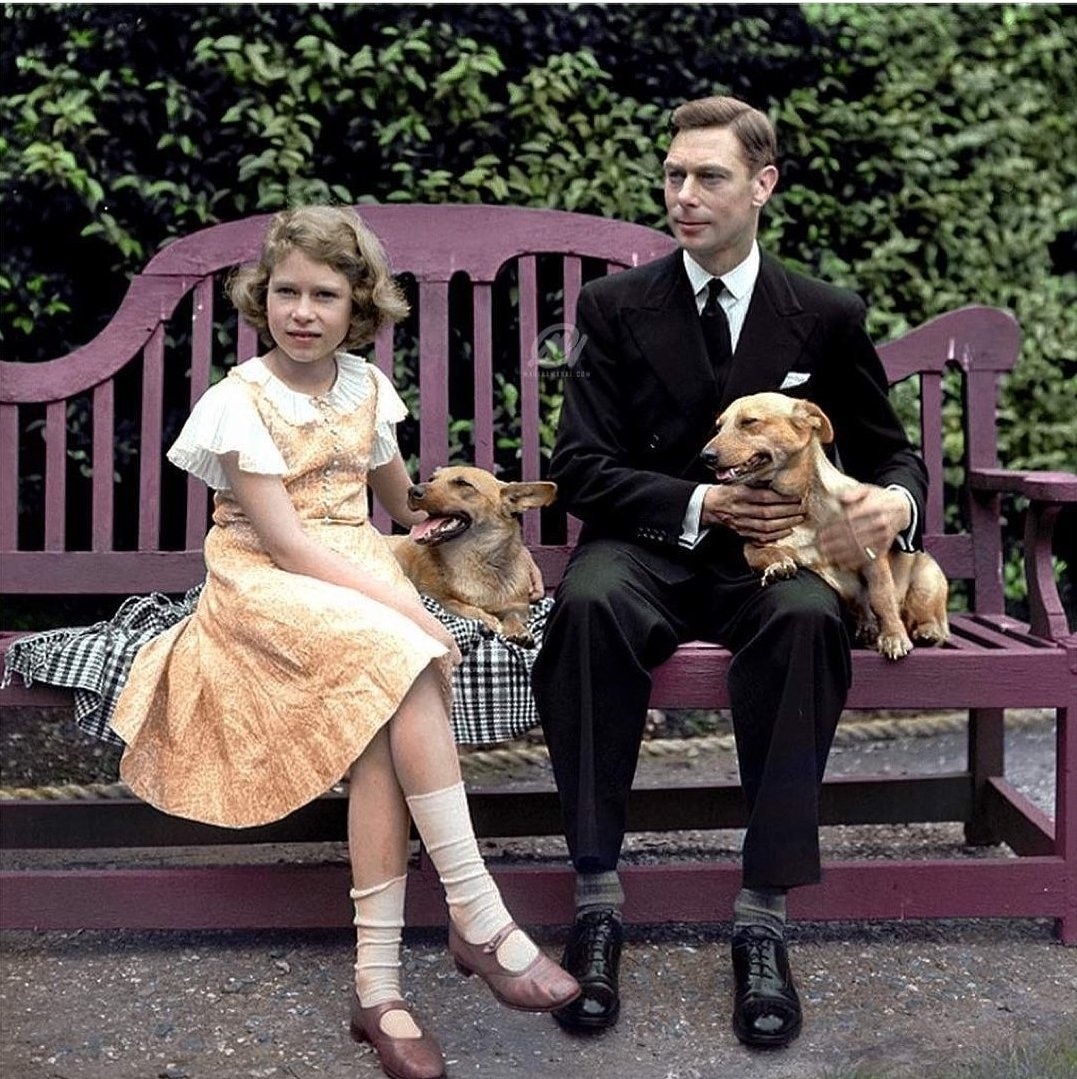 Queen Elizabeth II and her father King George VI in 1936 with their dogs. (Photo: Twitter/ @ZoeyCatBell)

At the time of death, Queen Elizabeth II owned two Corgis, Muick and Sandy, one Dorgi, named Candy, and a Cocker Spaniel.

READ: Queen Elizabeth II dies: What happens over the next 10 days

A Dorgi is a mix between a Corgi and a daschund.

The Cocker Spaniel puppy was given by her son Prince Andrew, on what would have been the Queen’s husband’s Philip’s 100th birthday.

While it is not totally known to the public where the dogs will be rehomed, royal correspondent Victoria Arbiter told The Independent newspaper that no stone is left unturned with the Queen – and that there is no doubt a plan for their lives after Her Majesty’s death.

“We can only speculate on plans for the corgis – nothing is left to chance with the royal family,” she said. The Queen and her corgis appeared in a special video for the opening ceremony of the 2012 London Olympics alongside Daniel Craig as James Bond. (AFP photo)

“The royal family is a family of dog lovers, though none are particularly fond of corgis. The Queen was definitely the lord and master and had a wonderful way with them. They were known to nip the ankles of the royal family.”

If forced to guess, Arbiter said the dogs would likely go to a member of the fold.

READ: Did you know? Queen Elizabeth II got a necklace with 300 diamonds from Nizam of Hyderabad as a wedding gift

“All of the Queen’s children would welcome them with open arms,” she said.

If not a family member, Arbiter said, it would likely be a trusted staff member. “She was surrounded by dog lovers,” Arbiter added. Throughout the seven decades of her reign, the Queen owned more than 30 Corgis.

The queen’s love of Corgis started from the age of 7. At 18 she was given her first Corgi, Susan, who Her Majesty loved so much that she even smuggled the dog beneath a rug in the royal carriage for her honeymoon in 1947, The New York Post added.

Sam Cader – who can see the castle from his bedroom window- is among those who have come to pay their respects. He was there with his three corgis.

He says corgis bring a smile to any face, especially because of the royal connection, Sky News reported.

Cader says he will be sad that he can’t say that anymore.