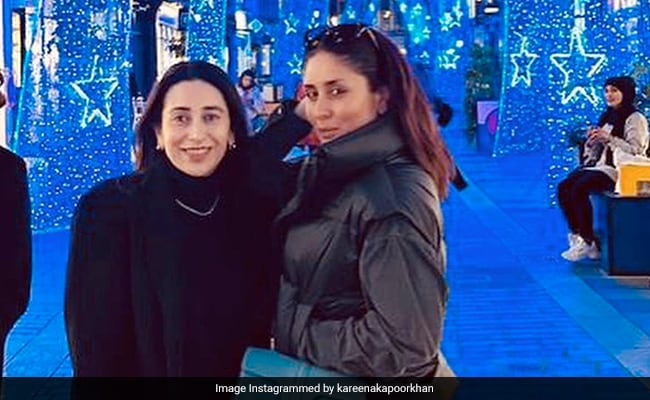 Kapoor sisters – Kareena and Karisma – are having the time of their lives in London. Kareena, who is busy shooting for Hansal Mehta’s untitled in the city, was recently joined by her big sister. Speaking of which, the actress shared a relatable post on her Instagram handle offering a sneak peek into how the sisters spent a day in London. In the first image, they are posing for the camera, while in the second, they are getting ready. The third picture is from their shopping diaries, while in the last image, they are again posing for the camera. Summing up the post, Kareena wrote, “What sisters do when they have the day together Pose, Makeup, Shop, Repeat…#Girls just wanna have fun.”

A few hours ago, Kareena Kapoor shared a picture with her sister Karisma Kapoor, aunt Rima Jain and cousin Nitasha Nanda from her lunch date in London. Check out the post below: 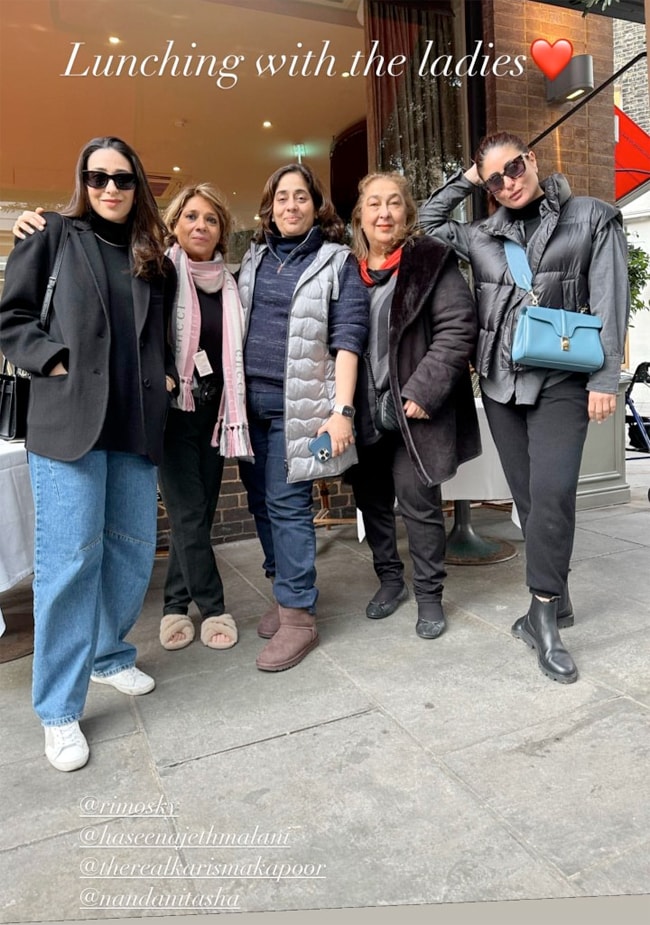 Kareena Kapoor is back in London to shoot for Hansal Mehta’s untitled film. On Wednesday, she took a break from work to spend quality time with her son Jeh. She shared pictures from her day out and captioned it as “Kiss a tree..Be free…Fall with the love of my life #Day off from work…Loving it”

Meanwhile, on the work front, Kareena Kapoor was last seen in Laal Singh Chaddha, co-starring Aamir Khan. Next, she will be seen in The Devotion Of Suspect X, co-starring Jaideep Ahlawat and Vijay Varma.